A downloadable game for Windows, macOS, and Linux

At Box Bros, we pride ourselves in the fact we move everything in the house, including the kitchen sink. Brothers Isaac and Dylan are equipped to the task. Play as Isaac, the taller but younger brother. Isaac can lift up any object with ease, but only one at a time.

The Moving Van has limited space, so make sure to pack items tightly in order to complete as little loads as possible. In order to get items out, you may need to rotate them into odd positions due to the tight spaces.

Use WASD to move, mouse to look

Load objects into the truck then click on Dylan. Once all objects are gone, you win.

Install the game. Unzip the game. Run the exe. Play the game.

i did a part 2 of this game. Took a long time to do but it was fun. It would help if you could check out my channel and and subscribe! Thank you!

I
Reply
TsukuruHouse42 days ago
Leave the windows and doors...
Reply
f00kedup46 days ago(+1)

I enjoyed the game, nice and chilled, though I may have broke it at one point... 🤣

I played this game on the latest episode of my Random Funny Games series on my YouTube Channel, check it out!

I watched your video and subscribed! Thanks for playing!

i played the game and it was really fun! Love the graphics and took a very long time to take everything out😂 it would help alot if you could check out my channel and subscribe! Thank you!

Great video! It's very well-edited. Thanks for playing! (I subbed btw)

thanks alot. The video of level 3 will be up soon!

Really cool and creative game! It fits the theme really well, and it's gameplay is fun.

Box Bros. (aka - having a co-worker that does nothing to help simulator)

This is a fun little game which could be the start of a really great game, The idea is fun, and the goal of getting everything into the truck is a challenge that is fun to see if you can do. in the future it would be great if there was some sort of progression, like earning money, buying bigger trucks, finding a new brother who doesn't just stand there gawping at you while you carry a giant bed all by yourself :)

I played this on mac, for an 11 year old piece of equipment it was ok, it did slow down when there were lots of items in one place, but thats my machine and not the game.

All in all, a fun little way to spend an hour. The walking speed could do with being a little faster. As having to go to and from one end of the house to another carrying only 1 thing can be slightly tedious. My gameplay vid is levels 1 & 2, Don't want to spoil it all for anyone wanting to play. Cheers

Thanks for playing! In the future we want to make both brothers playable, with different abilities for each. Your video was very funny, although the curse filter was very loud.

That sounds interesting! Look forward to it. Thanks for letting me know about the curse filter, I'll turn it down in the future. 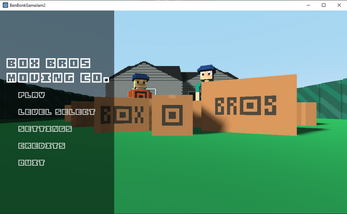 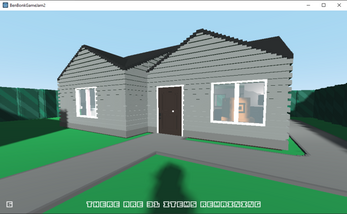 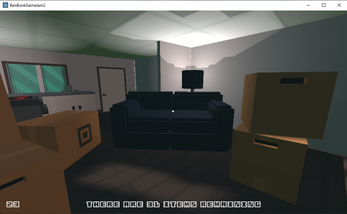 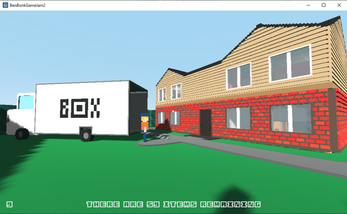 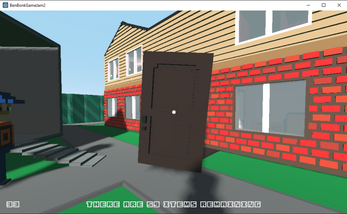